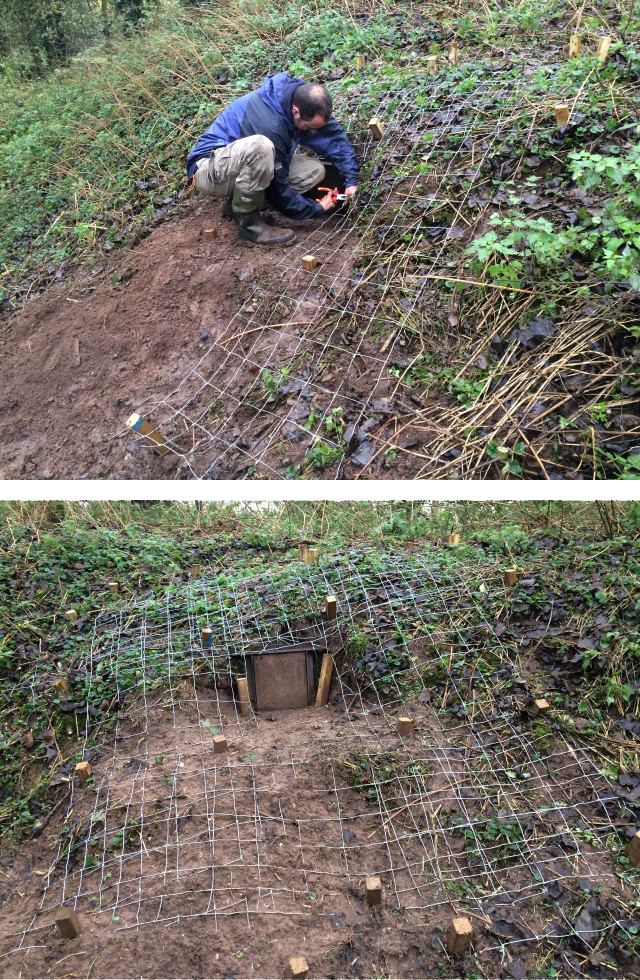 In connection with a new link road in south Kidderminster, to ease traffic congestion in the town, surveys were carried out for birds, bats, badger, otter, water vole and reptiles along a river and canal corridor. Badgers in particular proved tricky on this site due to the nature of the terrain, thick vegetation and changes in their behaviour through the different seasons. Constant survey and monitoring was needed, and which identified a newly excavated sett at the 11th hour directly in the way of imminent site clearance and construction. A sett exclusion licence was quickly obtained avoiding unnecessary and expensive delay of the project. 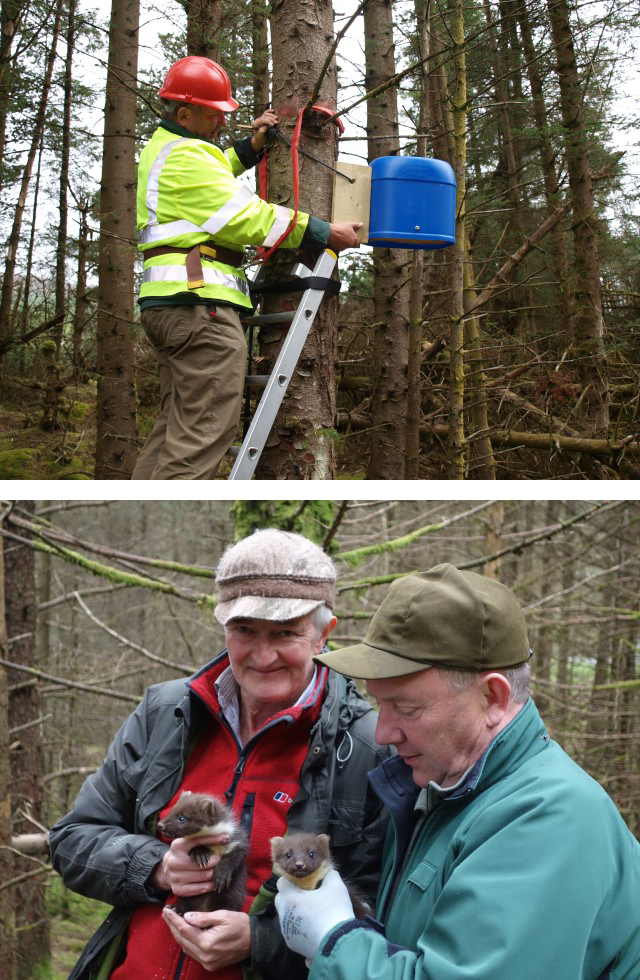 Evidence has emerged in Ireland indicating that the presence of pine martens in an area suppresses grey squirrels, thus benefitting both our native red squirrels and commercial forestry interests. Swift is involved in an exciting project in Galloway Forest in south-west Scotland, funded by the People's Trust for Endangered Species and Forestry Commission Scotland, that is helping to further investigate this effect. Non-invasive methods are being used to determine pine marten numbers, and the habitat is being improved through provision of marten den boxes, which are monitored annually. Further results will be published at the end of 2019. 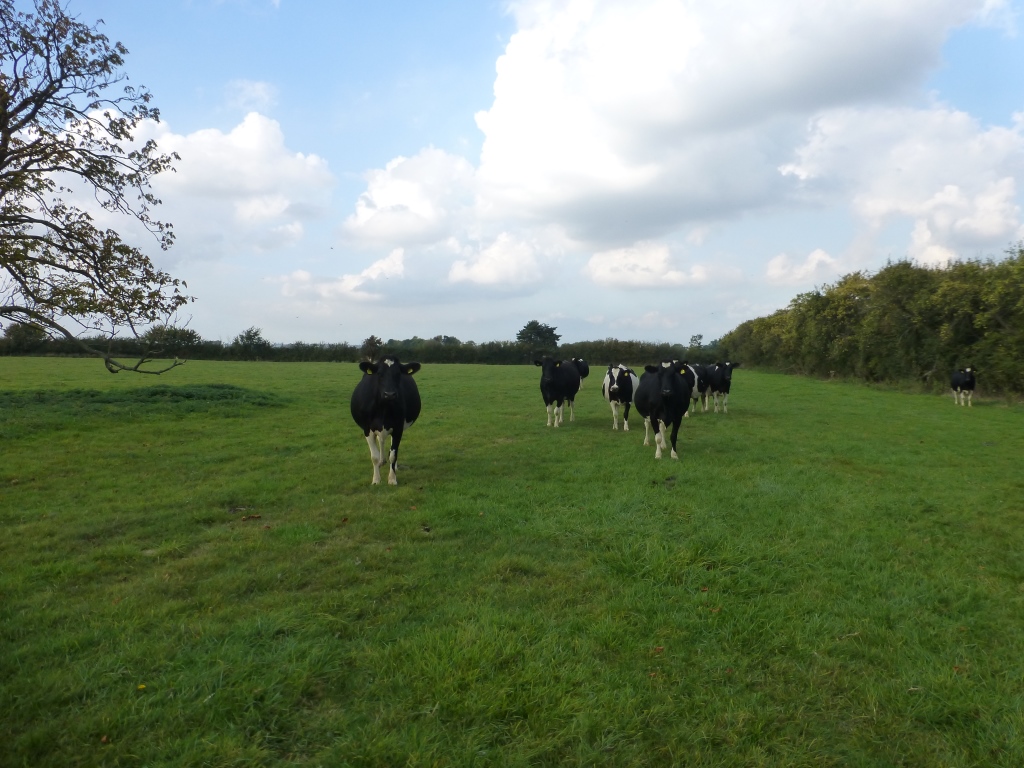 A large (200 ha), mixed use development including essential road infrastructure has been proposed on the outskirts of Aylesbury; the site comprises mostly arable fields and improved pasture, but contains pockets of more species-rich grassland, mature trees and hedges and a watercourse and canal. We carried out detailed surveys for bats, badger, water vole, otter, great crested newt, reptiles, invertebrates and breeding and wintering birds. Key ecological issues include important bat foraging habitats adjacent to the site and the loss of farmland important for breeding and wintering birds. The challenge was to minimise the impact of the development on key ecological features of the landscape and to protect and enhance the retained features as far as possible. Where impacts were unavoidable, compensatory provision was advised both within and outside the development area. Biodiversity offsetting metrics have been employed to transparently demonstrate net gains for biodiversity to consultees and decision makers. We are currently preparing the Ecology Chapter for the Environmental Impact Assessment.

A large proportion of our work centres around bats and over the years we have helped with numerous projects where developments might affect bats; many of these have been done under EPS licence (including the Bat Low Impact Class Licence) but in some cases suitable working methods and or/timings were employed to avoid the need for licensing.

Tucker Fasteners comprised a large industrial site with a number of contamination issues requiring remediation prior to redevelopment of the site. The site was in an urban environment, but was located immediately next to the River Tame, which provided suitable bat foraging habitat adjacent to the site. The majority of buildings were of negligible suitability for bats, but some buildings were of low or moderate suitability and required inspection from an elevated platform.

A bat roost was confirmed (a single bat) in one of the larger buildings on site. On completion of activity surveys, the bat roost was demolished under the Bat Low Impact Class Licence (and was one of the first sites in the country to be registered under this scheme). Regular liaison with the client and demolition contractors enabled the demolition of some buildings to be conducted under ecological supervision and some de-rating works to the building with the bat roost to be conducted (without disturbance of the roost) to minimise interruption to the scheduled works. 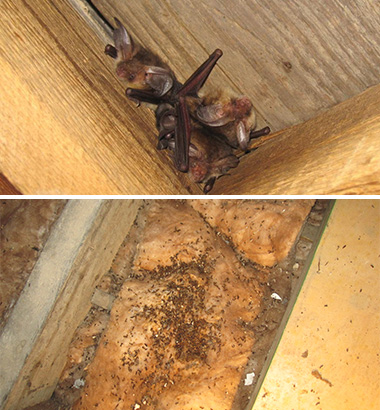 Swift advised the owner of a large Grade 2 listed house in Buckinghamshire that supported a well-established maternity colony of brown long-eared bats. Urgent roof repairs were needed under Listed Building Consent, but because the roof and access points were intended to be replaced like-for-like, and the work could be done at a time of year when bats were absent, we advised it would not need a European Protected Species licence. Inevitably things did not progress as smoothly as it was hoped, notably the bats deciding to hang on in the roof a lot longer than was ideal and when we were able to actually get onto the roof to inspect the precise location of the access points it was more or less impossible to pinpoint where the bats had been getting in. Added to this, severe weather conditions caused the scaffolding protection to be ripped off and delayed the works. Nevertheless, after detailed liaison with the contractor and owner over timings and working methods, we were able to proceed and happily the bats returned to the roost the following year.

In summer 2012 Swift worked with Worcestershire Wildlife Trust, Link Ecology and members of Worcestershire Bat Group to study the roosting and foraging ecology of Britain's most northerly maternity colony of the rare Bechstein's bat in Grafton Wood nature reserve, Worcestershire. Funded by the People's Trust for Endangered Species, this project was designed to inform decisions about management of this important nature reserve so as to balance the needs of invertebrates and the bat colony. Despite some challenging fieldwork during monsoon conditions, a successful radio-tracking study was completed and, as a consequence, our understanding of the needs of this rare bat moved several steps forward.

In particular, the project generated valuable information on the home ranges, roosting behaviour and habitat use within the woodland and beyond. The project was also able to make important recommendations on the management programme of the woodland, which mimics the traditional 'coppice-with-standards' approach 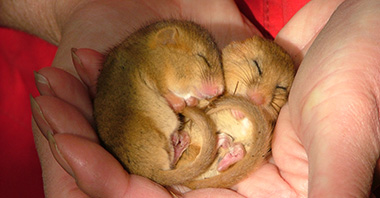 "It is always appreciated when you deal efficiently with my requests for initial bat surveys etc., not only visiting my clients but also producing the required statements quickly to enable Planning to be considered." 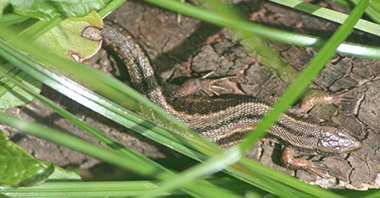 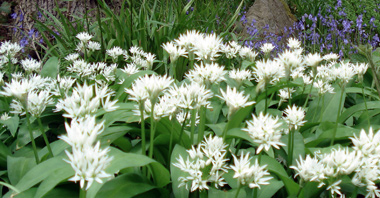 "we could not have asked or wished for better"